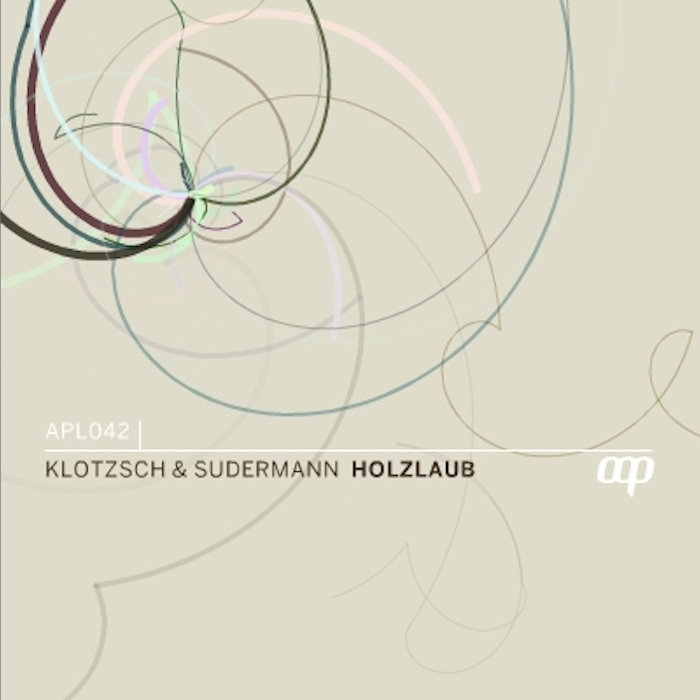 This Albums original Mastering is not availible as PCM files..
So this is a different Mastered version from that time..

"This first Autoplate release of 2007 simply titled “Holzlaub” is the result of a fortuitous meeting between two Cologne-based artists who share a passion for electronic music. Emil Klotzsch is an established artist with well-received netlabel releases on the One netlabel [“Sandkorn” (2005) and “Feinquisit” (2006)] and a remarkable previous appearance on Autoplate in 2006 with his cinematic ambient album “Tiefe Berge”. Raimund Sudermann is a talented, emerging artist making his netlabel debut. An email from Raimund to Emil regarding his liking of the “Sandkorn” album revealed that Raimund was also “doing some sounds himself” and, in Raimund’s words, the idea of a “spontaneous appointment for jamming” arose. It was these ongoing series of “jamming” sessions that formed the foundation of “Holzlaub”.

Symbolic of the organic atmosphere emerging from these recordings, the album title “Holzlaub” translated literally means “Wooden Leaves”, and the song titles themselves are the Latin names of trees which had bloomed as the songs were being created. At its core, “Holzlaub” is a blend of sampled classical-style guitar sounds (and other chance noises) as improvised by Raimund along with the deliberate sharing and processing of these samples via synchronized PowerBooks where intuition and feelings were important ingredients. In addition, the congenial atmosphere of Raimund’s apartment in which most of these songs were conceived and took their final form, is sure to have contributed to the organic ambiance that is clearly prevalent.

The five songs comprising “Holzlaub” can be appreciated on dual listening planes. First, they can be listened to at a distance, that is to say, letting the sounds blend into the natural background ambiance formed by other environmental sounds and goings on. On the other hand, they can be also be enjoyed close-up by tuning out all other sounds and distractions and simply relishing the specific minutiae that each song reveals independent of all other happenings.

Key to understanding fully the richness and flavor “Holzlaub” is having a knowledge of how the songs came to be. Raimund and Emil both shared these important details. Each jam session began with Raimund playing for a few minutes on acoustic guitar which Emil describes as “doing improvisations or noises, just every sound the guitar is good for.” A microphone captured not only the guitar sounds and other random noises as they occurred but also the aural properties specific to the room itself, which were then recorded. Using PowerBooks, each artist manipulated the samples to his liking and, in some cases, the sounds were edited to the extent that they no longer resembled those produced by a guitar. It was from these manipulated samples that the songs began to develop. In a simultaneous manner, each artist previewed the processed sounds and, if satisfied, sent them to monitoring speakers so that the other could listen, modify, and even add his own sounds as his instincts so directed. In the fashion, the music continued to build and evolve. At some point the artists stopped and discussed what sounds should be dismissed and which should tentatively become a part of the final song arrangement. Once the individual parts were determined, the final arranging of the song began via live capture of both artists doing metaimprovisions, that is, new improvisions of those same improvised electro-acoustic sound parts that had been mutually agreed upon before. These last improvisions, which often ran in excess of thirty minutes, were then whittled down to more acceptable lengths to create the final song.

In addition to the intricacies of the making of “Holzlaub”, also important to its appreciation are the many influences, musical or otherwise, that have contributed to Emil’s and Raimund’s present states of artistic development. While some of these influences are overt and easily identified, others are implicit - embedded in the music - and not easily discernable, if at all.