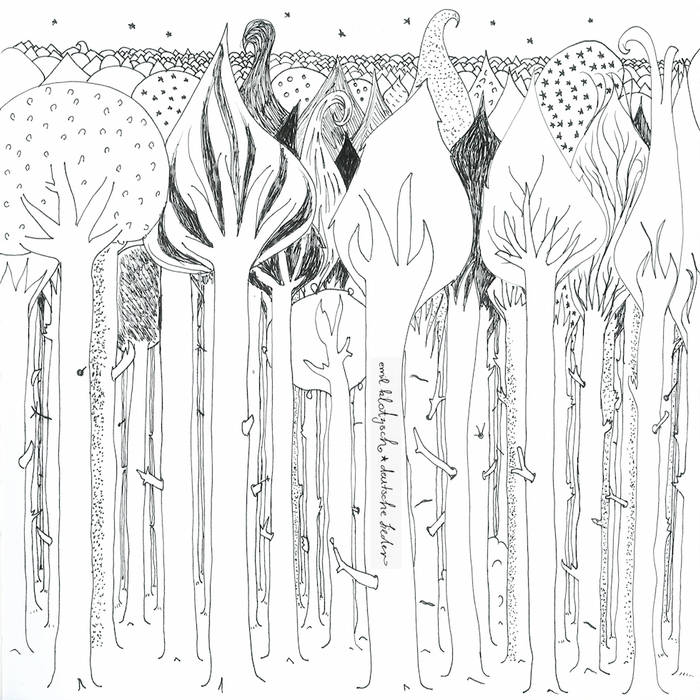 „Deutsche Lieder“ is a collection of 4 songs i carried along with me for a very very long time.
The oldest song, "pine", is now 10 years old.
They are maybe my most personal songs.

I carried them with me cause i could not decide where to put them.
Not cause i don´t like them, but cause i like them so much.
It´s like letting your children go.
I grew out of some of those feelings described in the songs, but they are still a part of me.
So i can let them go more easy now.

I made these songs during a great period of time, with long pauses (where i made other music) between the
songs.
I often tend to do music with a concept and selfgiven limitations.
Not with these songs. I allowed myself to do whatever i wanted to do, and used every instrument i would like
to use. No boundaries this time.
Some sort of freedom which can be very helpfull in someways, and the opposite the other times.

i drew all the pictures you see here.
every song has a picture of its own, you see it when you click on a song.

for the interested, i have other releases online at:
www.emilklotzsch.de